Regain balance with its vital force 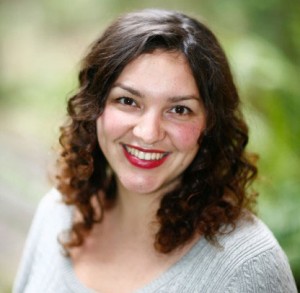 Homeopathy is often regarded as a new form of alternative medicine that’s gradually gaining popularity. However, it once played a prominent role in conventional medicine.

Still standing in Washington, DC, is a large memorial authorized by Congress in 1900 honouring German physician Samuel Hahnemann (1755-1843). He founded the homeopathic school of medicine in the early 1800s.

The bronze statue of Hahnemann sits on a pedestal inscribed with the principle of homeopathy in Latin—similia similibus curantur (“like cures like”). The walls of the memorial are four bronze relief panels that depict Hahnemann’s life as a student surrounded by books, a chemist in a laboratory, a teacher in a lecture room, and a physician at a bedside.

What is likely driving homeopathy’s resurgence 100 years later is that it can be used alongside conventional medicine. In 2005 the Journal of Alternative and Complementary Medicine published the results of a six-year English study. It revealed that more than 70 percent of patients with severe illness showed positive health changes after taking homeopathic remedies prescribed by their doctor. Many of the patients in this study had tried conventional treatments first without success.

Homeopathy is a complete system of medicine. The name homeopathy is derived from the Greek homeos meaning similar and pathos meaning suffering. It is reflective of a central principle to homeopathy known as the Law of Similars.

This law expresses that a disease can be cured by a substance that produces similar symptoms in a healthy person. For example, a person exposed to stinging nettles may develop a rash with stinging pain and raised skin. Therefore, a homeopathic remedy made from nettles (Urtica urens) may be helpful for symptoms of allergies that produce a similar symptom picture.

In his efforts to minimize toxic side effects, Hahnemann discovered that natural substances once potentised (diluted then succussed, or shaken vigorously, in a step-by-step process) produce deep, long-lasting results with no side effects.

How does it work?

From this Hahnemann established the Law of Minimum Dose that states “a person’s inner healing mechanism may be stimulated by using the least amount of medicine.” This allows the body to self-correct. In homeopathy this inner healing mechanism is called the vital force; in Chinese medicine it’s called qi; and in Ayurvedic medicine it’s known as prana.

Homeopathy regards the body as innately intelligent. The remedy acts as a gentle message, or signal, directing the vital force toward its own balance.

Who can it help?

Professional homeopaths help patients with acute concerns such as teething and hay fever, chronic illnesses such as migraines and irritable bowel syndrome, and emotional health issues such as anxiety and depression. Over the counter, consumers can purchase homeopathic remedies from natural health stores to treat mild ailments at home such as teething, indigestion, menstrual cramps, or mild insomnia.

What do the numbers mean?

A homeopathic remedy, by definition, is a natural substance that has been potentised by both dilution and succussion (which means to shake vigorously). A remedy is not homeopathic unless it has undergone these two processes.