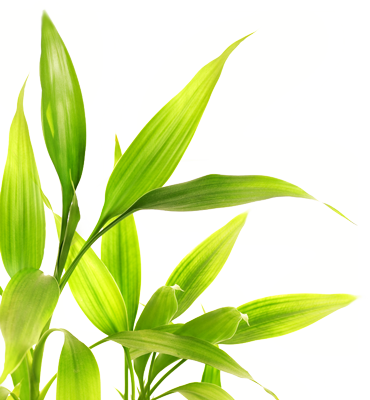 References to the basic principles of homeopathy are found in ancient writings and in the traditions of native medicines. These principles were re-discovered over 200 years ago by German physician Samuel Hahnemann (1755-1843) who developed them into the science that he called Homeopathy – from the Greek words homoios (similar) and pathos (disease or suffering). This new system of healing quickly spread throughout Europe and beyond. Members of Britain’s Royal Family have used it since Queen Victoria’s reign. By the late 1800s, homeopathy had become one of the most popular healthcare systems in North America, valued by both doctors and families using home remedy kits.

The popularity of homeopathy declined in the early 20th century with the advent of pharmaceutical drugs and other modern therapies. In recent decades, however, as many people have turned to alternate forms of medicine to avoid side-effects from conventional treatment, the use of homeopathy has exploded throughout most parts of the world. It is now an accepted form of medicine in many European and Latin American countries, the UK, and India.

In North America, the most common approach to prescribing homeopathy is known as Classical homeopathy, which is based on the selection of a single remedy that most closely matches your symptoms at a particular time and then waiting to observe your response before administering another remedy. This method focuses on the underlying disturbance or dis-ease that causes the symptoms, rather than on the symptoms themselves. Classical homeopathic treatment is sometimes referred to as Hahnemannian or constitutional prescribing.

How Are Homeopathic Remedies Prepared? 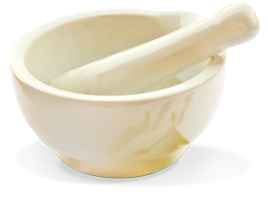 Remedies are prepared from diluted substances such as plants, minerals, or animal products, which are repeatedly diluted and succussed (vigorously shaken). As this standardized method of dilution and succussion continues, the remedy becomes more powerful. This process is called potentization and it is the hallmark of all homeopathic remedies.

How Do the Remedies Work?

There is no current scientific explanation for how these remedies work. Just as aspirin was used as a painkiller for many decades before scientists understood how it works, homeopathy continues to be used successfully without a definitive explanation of the process behind it. Yet the practical health benefits experienced by millions of people and animals for over 200 years provide convincing evidence that homeopathic remedies are effective.

What Can Homeopathy Treat?

Homeopathy can be effective in treating virtually any health issue – from allergies to zoster (shingles) – regardless of whether the origin is physical, mental, or emotional. Your diagnosis is much less important than your unique symptoms. For example, ten people with severe headaches can describe ten different combinations of symptoms, each requiring a different remedy. By matching a remedy to your particular symptoms, your homeopath is treating you, not the disease.

Homeopathic treatment can be particularly useful in deep-seated, chronic conditions that have developed over a long period of time, frequently accompanied by general deterioration of health. These include almost all well-known medical conditions – from acne, anxiety attacks, arthritis, and asthma to ulcers, varicose veins, warts, and yeast infections, to name a few. Many women find that homeopathy brings great relief during pregnancy with menstrual irregularities, PMS, and menopausal symptoms. Homeopathy can help reverse the limitations of chronic disease and maintain long-term health.

Even in advanced stages of pathology, in which cure may not be possible, homeopathy can alleviate or reduce severe symptoms, including pain, vomiting, anxiety, or fear.

Yes. The extreme dilution used in the process of preparing homeopathic remedies renders them non-toxic and safe for everyone of all ages, even during pregnancy and while breast-feeding.

What Will My Homeopath Want to Know?

An initial interview with a classical homeopath will usually take up to two hours. You will be asked for detailed information about your physical, mental, and emotional health and your personal likes and dislikes. This enables your homeopath to understand your unique individuality. Of particular interest will be your own reactions to the external world, such as temperature, weather, food, etc. Your homeopath will also search for factors that may have contributed to or caused your illness, including stress, shock, traumas, or perhaps family history.

Your homeopath might prescribe immediately or may study your case and supply a remedy at a later date. A follow-up visit to determine how effective the remedy has been is usually scheduled four to six weeks after taking the remedy. It is important to realize that treatment of chronic diseases is a process that takes time, especially when other medications are involved. Your homeopath will require regular follow-up visits in order to assess your reaction to your remedy and to decide whether to repeat it, change its potency, or move on to another remedy.

Can I Use Homeopathy to Treat My Family, Friends, and Pets?

You can easily learn to treat simple first aid conditions on your own, such as cuts and bruises, sprains and strains, insect bites and stings, and much more. You can also learn how to use homeopathy for minor acute conditions ranging from common colds to constipation, from indigestion to insomnia, from mastitis to morning sickness, from toothaches to travel sickness.